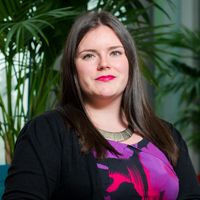 Yesterday dispatches aired on Channel 4 covering the family court system and whilst I personally do not agree with all of the criticism levied at the family court, the program does highlight some important issues that practitioners, the judiciary and the court need to reflect upon.

In particular, the program reports that:

Whilst these statistics do not surprise me, they do make it all the more prominent that modernisation is required within the family courts to better serve children and parents.

My view is that a renewed focus on alternative dispute resolution is key to this but also that the eligibility requirements for legal aid should also be reviewed, at least for early intervention and negotiation. Currently, both legal help (non-litigation work) and legal aid (litigation work) are both means and merits tested. Meaning that it is only accessible to those people who are under the capital and income threshold and also are either the survivor of domestic abuse or there is a child protection issue (both need to be evidenced independently). Perhaps if the rules changed to allow legal help to be available to more people (means-tested only), this would allow early intervention, support and advice to be given to a wider range of clients and would reduce the number of cases that ultimately result in proceedings being issued.

Affordable alternative dispute resolution such as mediation is also key, allowing parents to speak directly and discuss matters with the help of a trained mediator with the hopes of reaching an agreement both parties are at least somewhat happy with. My team and I are proud to support alternative dispute resolution as a means to resolving parental disputes, with three of our seven qualified solicitors also being trained mediators. We are therefore able to offer an exceptional family mediation service to the Midlands and beyond, thanks to virtual working being embraced.

Court proceedings were reported to have taken on average 18 months to complete, with 1 in 10 cases lasting more than 5 years. The average cost of proceedings was said to be around £13,000, though 1 in 20 claimed they had spent over £100,000.

Brilliant soundbite (& much-needed balance) from Sir James Munby to explain the difficult decisions judges make in the most complex children cases, removal from a primary carer being the option of last resort after warnings #Dispatches https://t.co/LDerbTBP4Y

@Channel4 dispatches tonight 10pm takes a look at inside the family Court. This program maybe triggering if you need to speak to someone ☎️ @dsahelpline we hope it is a fair representation of the truth of the family courts for all victims man woman child.https://t.co/7tTyqPsW6j

With thanks to Rachel and Teresa for sharing this
Today, Channel 4 Issued some highlights from the questionnaire that we know many of you participated in, so we thought you might be interested in seeing some of the findings:https://t.co/oPkp2Bh87w

“… If there was domestic violence in that relationship, it’s perfectly natural for a child to want to go and live with the non-abusive parent, and that isn’t parental alienation.”

Such a (very) difficult subject to cover. Many would do so differently - but I take my hat off to @louisetickle for being brave enough to do this. #childrenfirst

.@C4Dispatches looks inside the family courts system and reveals how courts can order the police to forcibly remove children, who are not in danger, from loving homes. Tuesday 20th July at 10pm on @Channel4. https://t.co/8VNXAA4Wsb pic.twitter.com/ac7CzMGNbv

Will SmartWater 'out smart' perpetrators of domestic violence?
Kadie Bennett